Brazilian-born and Miami-made, Romero Britto is an international artist that uses vibrant, bold and colorful patterns to reflect his optimistic view of the world around him.

Britto has created a visual language of hope and happiness all its own that is relatable to all, inspiring millions. Self-taught at an early age, Britto painted on scraps of paper or cardboard or any medium he could find before coming into his own and traveling to Paris where he was introduced to the works of Matisse and Picasso. His appreciation of these masters influenced him to create an iconic style that The NewYork Times described, “exudes warmth, optimism and love.”

Britto’s work has been exhibited in galleries and museums in over 100 countries, including the Salon de la Société Nationale des Beaux Arts exhibition at the Carrousel du Louvre in 2008 and 2010. In 2013, Maria Elena and Carlos Slim Domit invited Romero to be the first living artist to exhibit at Museo Soumaya. He has created public art installations for the 02 Dome in Berlin, New York’s John F. Kennedy Airport, Cirque Du Soleil at Super Bowl XLI, and has been credited with the largest monumental sculpture in London’s Hyde Park history. Britto served as an official artist for the 2010 World Cup, Ambassador to the 2014 FIFA World Cup Brazil and was invited to be an honorary torch bearer for the Rio 2016 Olympic Games. Britto’s pop sensibility has leant itself to many collaborations with international brands such as Absolut Vodka, Campari, Pepsi Cola, IBM, Audi, Bentley, Coca-Cola, Walt Disney, Evian, Hublot, Mattel, Chiquita, just to name a few. 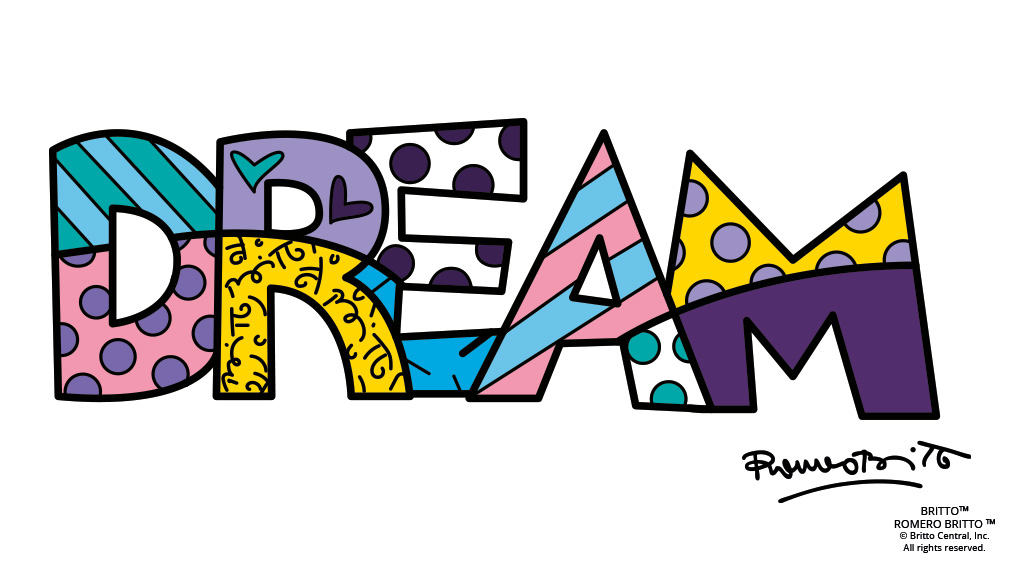 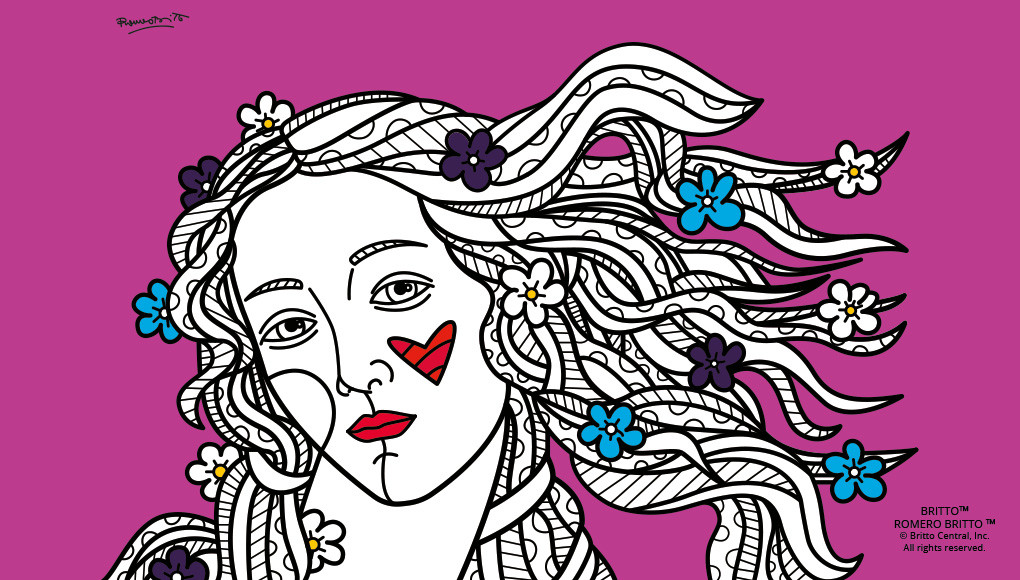 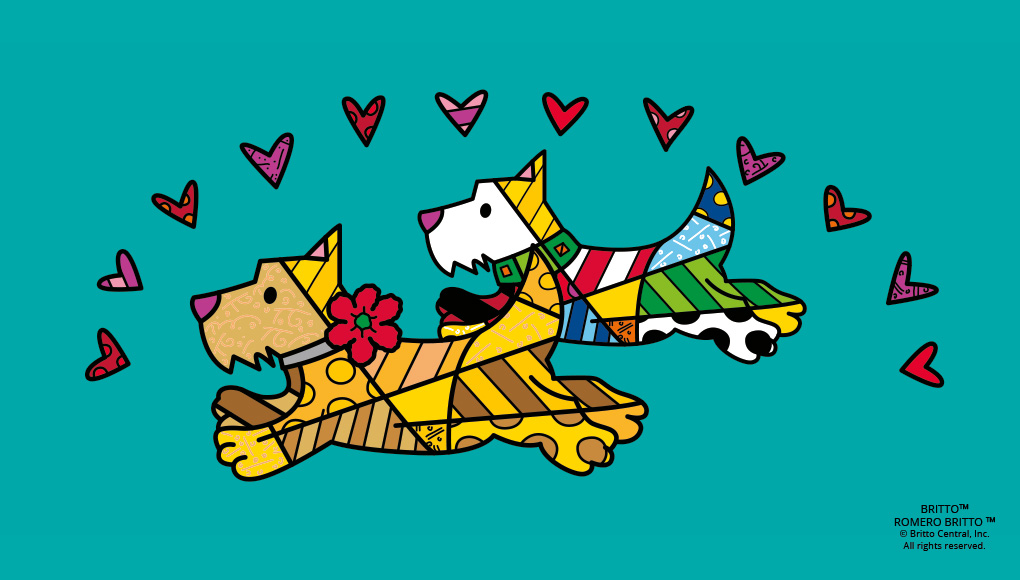 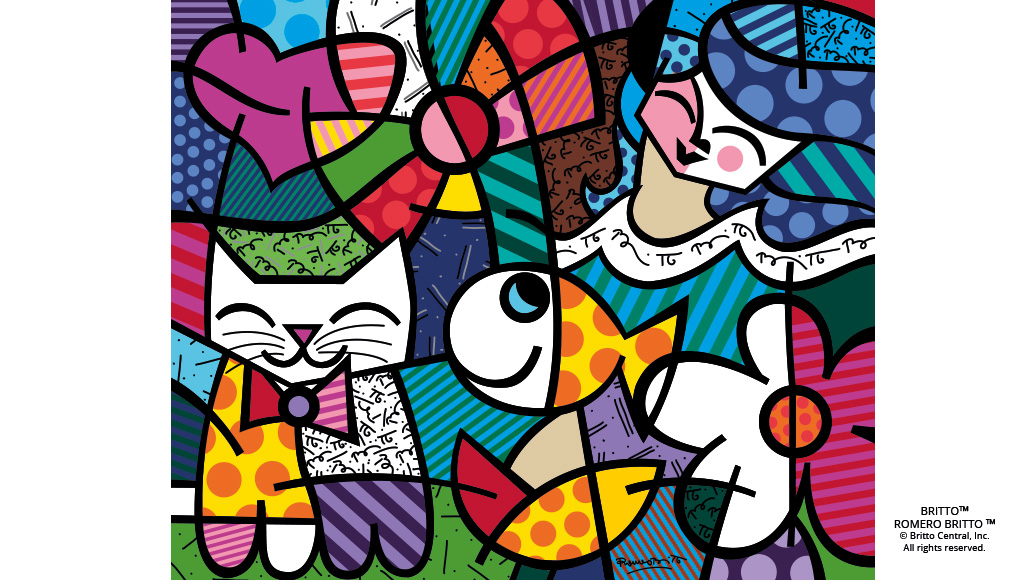 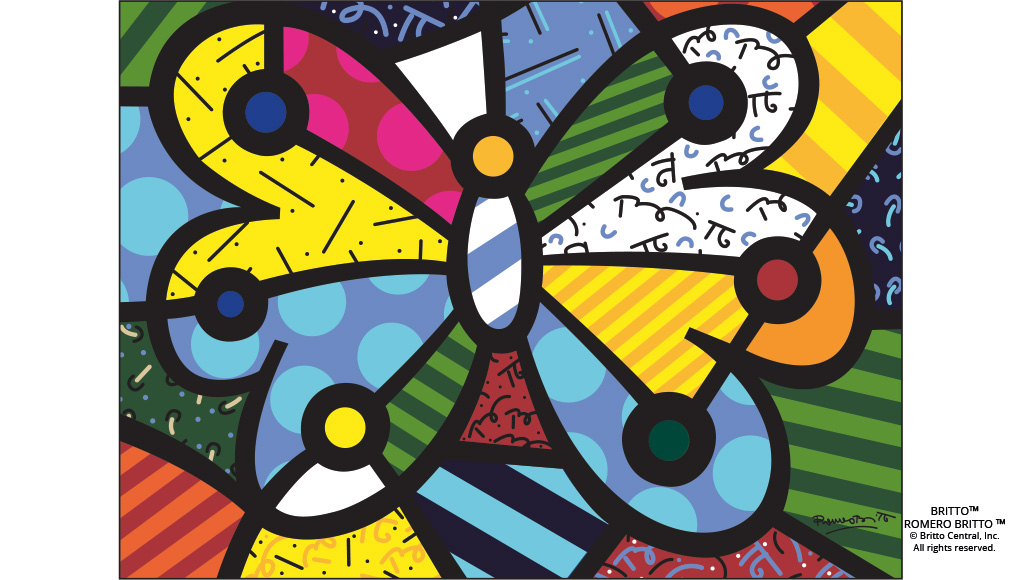 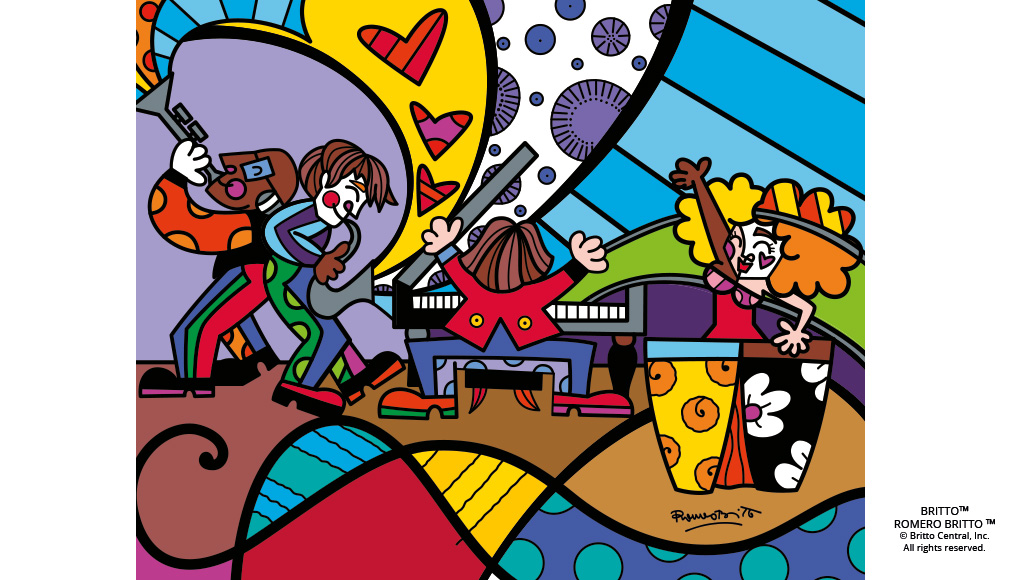 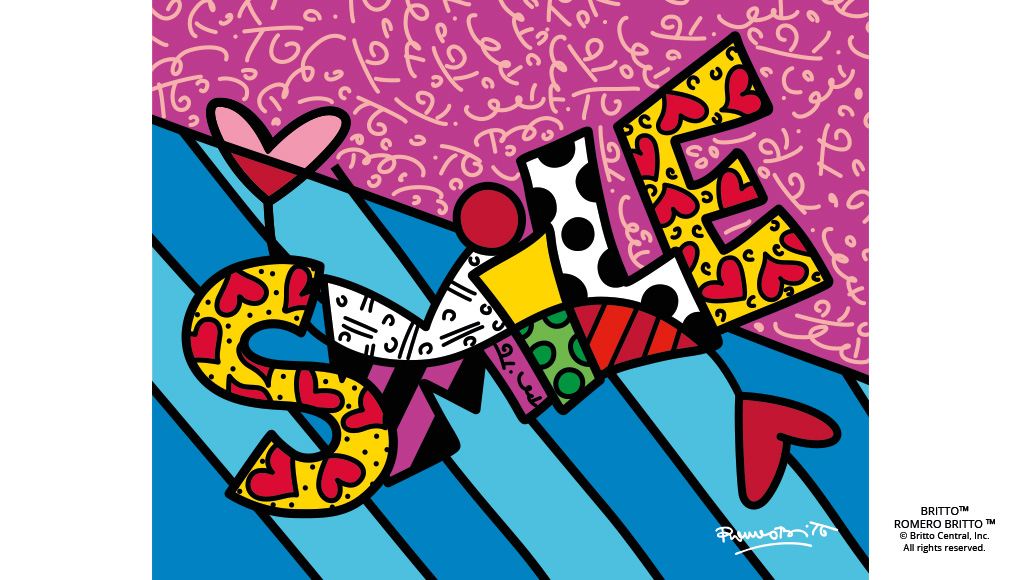